Using newspapers for genealogy research is sometimes overlooked. Let’s face it – most of us are looking for those coveted primary sources and records, and newspapers are just ‘hearsay’, right? Well maybe, but newspapers can help us ‘hear’ our ancestors’ voices in a way a record won’t. And if we’re lucky, they will hold vital clues to help us find the records we need. 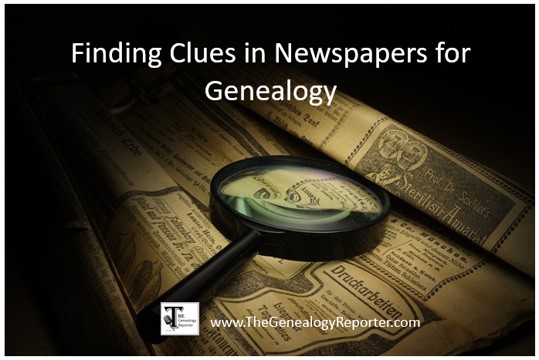 Obviously, the list is endless as to what you might find in researching newspapers for genealogy. You might be thinking obituaries and wedding announcements are the things to look for and you’d be right. But, it’s not the only thing.

Did you know your ancestor may have been interviewed because they were the oldest living person in the area? Such was the case with my fourth great-grandmother, Susannah Walls. In a tiny, little basement library, I found a scrapbook with a newspaper clipping of an interview Susannah had given in 1874. In her interview, she gave the following biographical information: 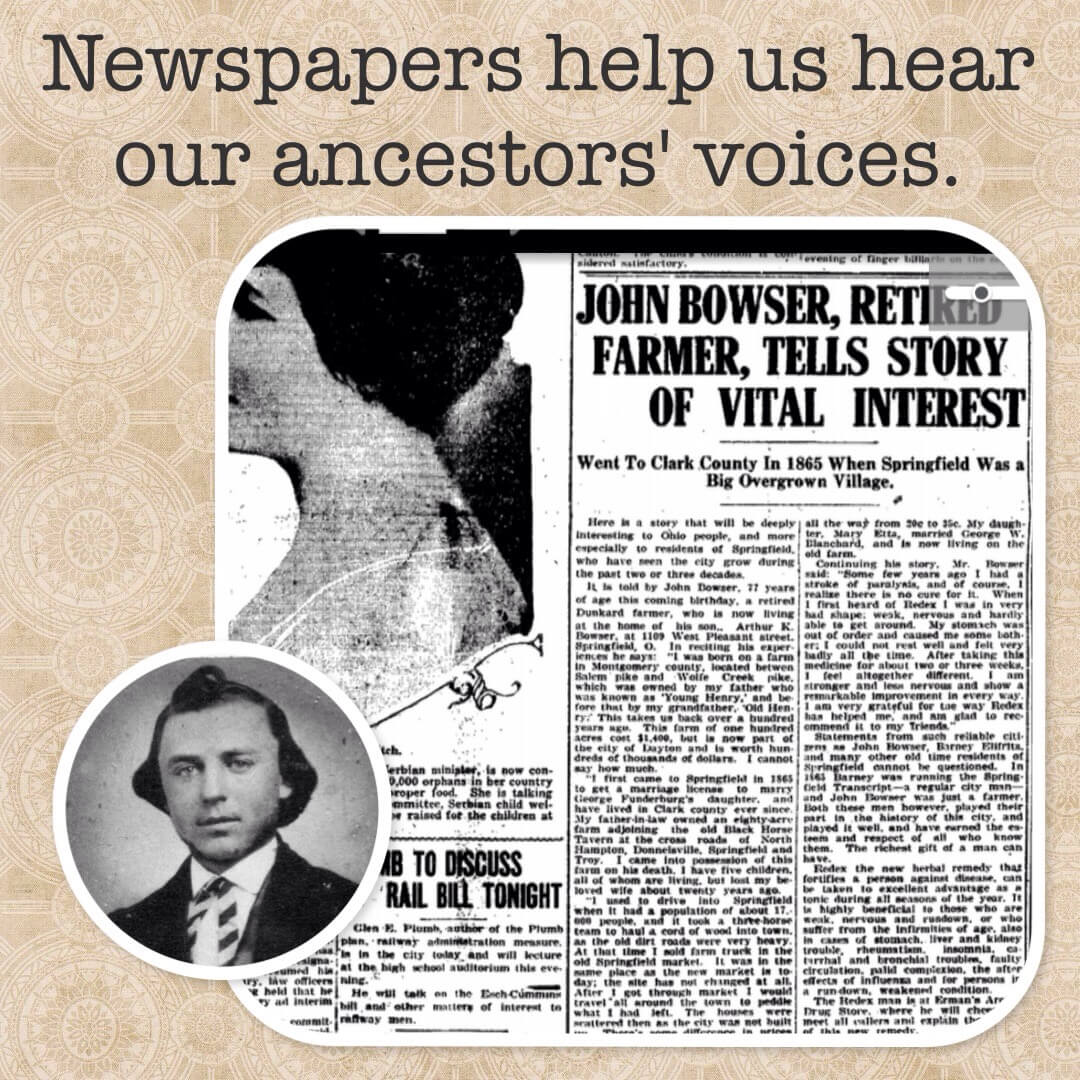 Not only did Susannah give the names of each of her children, but she noted whether they were living or dead, their spouses by name, and how many children each of them had. It was a gold mine of information!

Another great example of a newspaper find was the interview of my second great-grandfather, John Bowser. He seemed to have given this interview as a paid advertisement for the great herbal remedy, Redex.

Before getting into why he takes Redex and the improvements to his health in “every way,” he gives the following information:

Isn’t that interesting?! I just got some family medical information from the newspaper!

First, let’s talk about free resources for newspapers. Chronicling America is the free website by the Library of Congress. Here, you can search America’s historic newspaper pages from 1789-1963 or use the U.S. Newspaper Directory to find information about American newspapers published between 1690-present.

You might also take a look at what has been digitized and published at a local library website or the genealogical society of a given county or state. Just Google the name of your county and state and add the word ‘genealogy’. This should give you a listing of possible genealogical and historical websites dedicated to your targeted area.

Also, check out this amazing list of free and subscription newspapers online created by Kenneth Marks.

GenDisasters.com is an interesting website which has digitized old newspaper articles about disasters, accidents, and other catastrophes. It is another free resource.

Do you already have a paid subscription to one of the ‘big three’ genealogy companies? Then you have access to thousands of digitized newspapers! MyHeritage, Ancestry, and FindMyPast have digitized newspapers on their websites. Check to see which website has the newspaper collection that would be the best for your targeted area. In my case, I have found several Ohio newspapers I needed at MyHeritage.

Newspaperarchive.com is another subscription website with digitized newspapers you may want to check out.

Whatever websites you choose to use, always make researching newspapers for genealogy a part of your standard operating procedure!