Historical Collections of Ohio is a 3-volume collection of Ohio history written by Henry Howe. It is an amazing work with loads of historical and genealogical information. If Ohio is one of your research states, you will want to check it out! 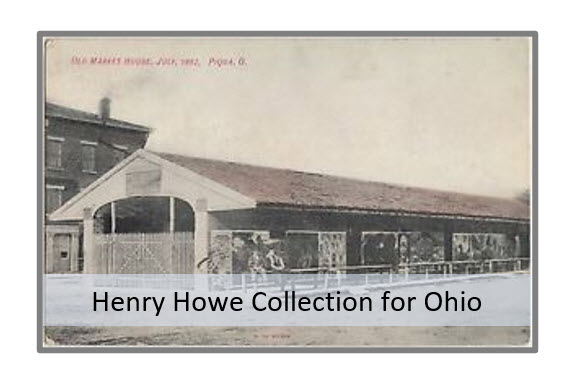 Who was Henry Howe?

Henry Howe was an American author born in 1816. He wrote histories about many states in the U.S., but his most accomplished work was the book written about Ohio. Howe spent over an year traveling Ohio interviewing people and collecting stories and records. He began his journey in 1846 in Marietta, Ohio.

Historical Collections of Ohio: What information is covered?

The book titled Historical Collections of Ohio covers each of Ohio’s 88 counties and even goes into stories and details about several cities and villages. Here is a little tid-bit from the collection. Of Piqua, Miami County, Ohio he wrote:

While this party [of White persons] resided at Piqua, and for years after, the Indians were constant visitors and sojourners among them. This place appears to have been…a most favored residence, around which their [Indians] attachments and regrets lingered to the last…They would sit in melancholy groups, surveying the surrounding objects of their earliest attachments and childhood sports. [1]

Each county section includes statistics, history, personal stories of citizens, and anecdotes of various kinds. The index includes some of the words and phrases of the Wyandot and Shawnee peoples which I found particularly interesting. 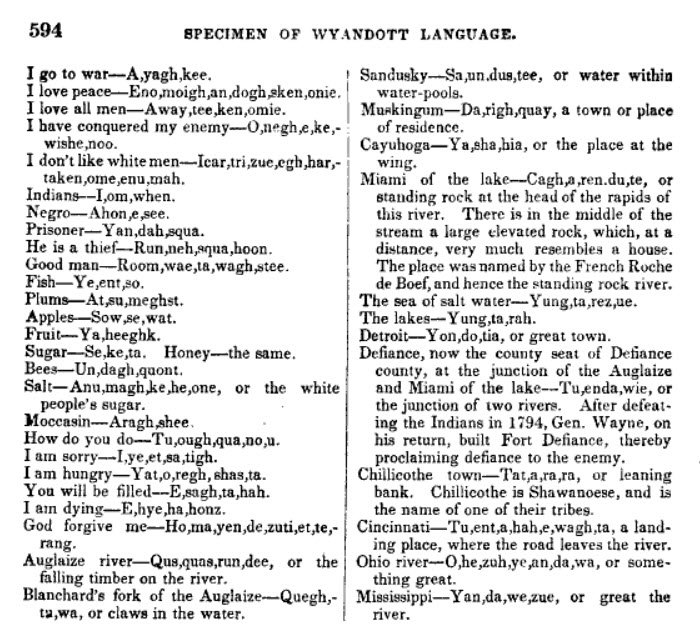 Epidemics and stories of early settlers by name are also included in this fantastic collection of stories. Read this story below found on page 494 for Ross County, Ohio.

Author Henry Howe was a proficient artist as well and drew several pictures of the places he visited in Ohio. Below is a drawing found on page 252 of some buildings he drew while visiting Ashland County, Ohio. 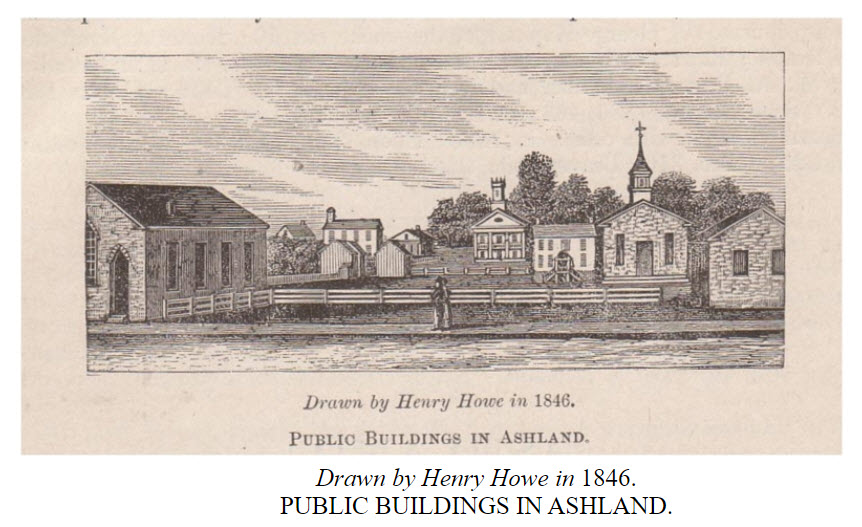 Where can you find Historical Collections of Ohio and Other Ohio Resources?

Historical Collections of Ohio by Henry Howe can be found for free in a few different places online.

See additional Ohio resources for newspapers, images, and documents at: