The U.S. censuses are one of the foundations of a person’s genealogical research. They provide a lot of great and easy-to-understand information. But beware of the phantom male showing up in many 1820 families! You might be on a wild goose chase for a person that never existed! 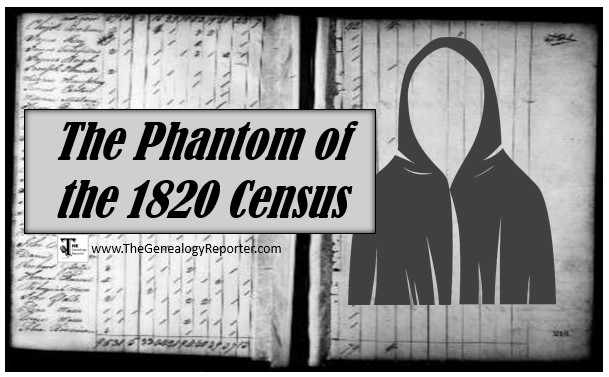 Many years ago, I was hired to find the “missing son” from the 1820 U.S. census. The client explained the targeted head-of-household had “x” many males in his home in 1820, but further research found there was one less son than expected. Where did the “other son” disappear to? The answer was…there was never an extra son.

The Male Age Brackets Changed in the 1820 U.S. Census 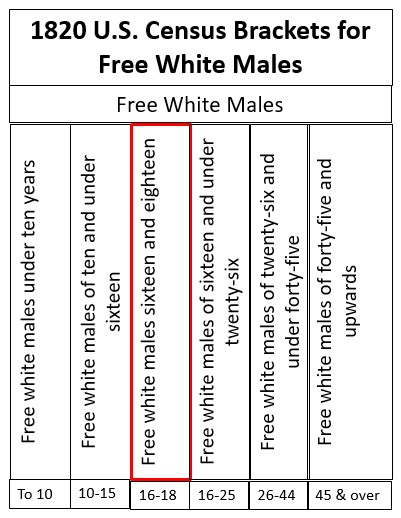 Notice, the 1820 options for free white males include “of 16 years to 18 years” and “of 16 years but under 26 years.” You might be asking yourself, “So, does that mean if the family had a male in their home who was age 16, 17, or 18 that a tally mark would appear in BOTH columns?” The answer is yes. And that is why some researchers may suspect an extra male in the family that simply doesn’t exist. I call him the phantom male.

An Example of the Phantom Male in the 1820 U.S. Census

Picture it. This is the family of James Donnelly of Newburgh, Orange county, New York. At first glance, it looks like he has 5 males living in his home, including himself. One under 10, one between 16 and 18, two between 16 and 26, and one between 26 and 44. 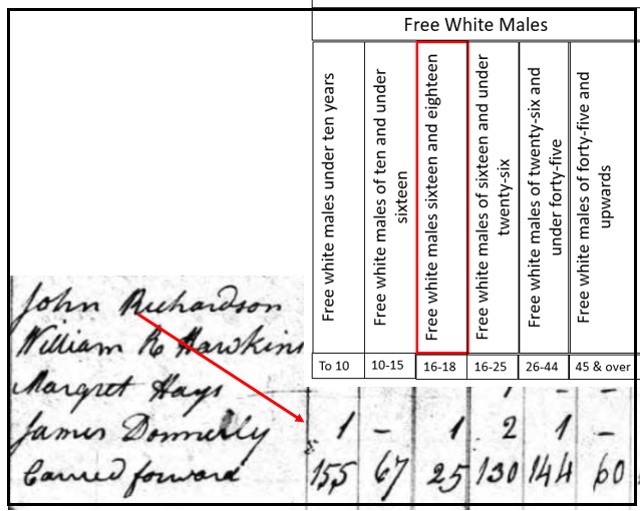 Without recognizing this one small change to the age brackets in the 1820 census, many have been on a wild goose chase searching for an “extra son” or at least an extra male. Have you been chasing after a phantom male in the 1820 U.S. census? Well search no more…he doesn’t exist!

Try a free 14-day trial to Ancestry.com. Click on the image below and discover your ancestors today!