This week, we have a thought-provoking guest post. Nicole Dyer of Family Locket shares eight helpful tips for researching our ancestors’ Confederate Civil War service. In light of the upcoming Memorial Day holiday, these strategies will help anyone in their quest to honor their fallen ancestors, even if they fought for a cause we do not believe in.

I have several relatives who served in the army for the Confederate States of America and some who died during their service. Should I honor them on Memorial Day? How can I do so without also celebrating the cause they fought for?

I decided that the best way to honor the confederate soldiers in my family tree is to approach their experience objectively and learn about their experiences without judging them. These young men were shaped by the culture and beliefs around them, yet also made their own choices. Because I don’t have any of their letters or diaries, there’s no way to know exactly what motivated them. However, I can read about the experiences and thoughts that other soldiers, similar to them, expressed in diaries and letters.

Here’s how I researched the context of my relatives’ Confederate Civil War service experiences and some ideas for your research as well.

1. Identify Ancestors Who Served in the Civil War

My mother and I have been researching her 3rd great uncle, Charles Baldwin Royston who died without descendants during the Civil War. She found his compiled service record when she revisited some old genealogy research.  From it, we learned that Charles Baldwin Royston enlisted in the 14th Alabama Infantry, was present on muster rolls for two years, was admitted to two hospitals, deserted, was captured, was imprisoned in the Old Capitol Prison in Washington DC, and died in the Kalorama hospital.

If you don’t know if any of your relatives served in the Civil War, try looking through your tree for people who were ages 14-35 in the 1860s. Then, search for their name in the Civil War Soldier’s Index  available at FamilySearch.org. To find their compiled service record, search Fold3.com. You can do this for free at family history centers.

2. Search Google For Their Name and Regiment

Once you’ve identified your relatives who served in the Civil War, make note of the battle unit, or regiment, they served in. Often regiments are formed with people from the same county. Then, search Google for all variants of your ancestor’s name, along with their regiment. When I searched Google for Charles Baldwin Royston, I found no relevant results. When I searched for C.B. Royston and 14th Alabama Infantry, I found his headstone at Arlington National Cemetery. What?! A confederate soldier buried at Arlington?

The next search result I clicked on gave me more information about the confederate section of Arlington National Cemetery. I found a publication of the United Confederate Veterans from 1907 telling that C.B. Royston was buried at Arlington and his remains, along with other confederates, had been moved to the new confederate section of Arlington National Cemetery in 1901. [1] Prior to that, the confederate dead were in all different places in the cemetery and were not given a standard issue headstone. The new headstones given in 1901 were granite and marble and engraved with their name, state, and “C.S.A.”

You can also search Google for the regiment’s name alone. You may want to add “Civil War” to the search also and try several variations: fourteenth Alabama Infantry, 14th Alabama, etc.

I was lucky to find a history of the 14th Alabama Infantry by M. B. Hurst, a musician in the regiment, written in 1863. It was wonderful for understanding the details of life as a confederate soldier. He spoke about trudging through mud, being very hot, marching double quick, exhaustion, and the lack of rations and supplies.

The National Park Service has brief unit histories for each regiment involved in the Civil War, listing the major battles they participated in and some dates and places.

One of the best results from searching for “14th Alabama Infantry” at Google was the website Civil War in the East. It contained a basic timeline for all regiments who fought in the Eastern Theater and also links to photos of monuments at its companion website, Stone Sentinels.

I made an exciting discovery while reading through a discussion thread at the forum Civil War Talk. It’s a forum for researchers, reenactors, and Civil War enthusiasts. One member asked for photos of the 14th Alabama Infantry, and someone added a photo of muster day in 1861! If the date given for the photo is correct, C. B. Royston could be in the photo somewhere.

Reading a forum is helpful, but participating and reaching out to others can bring even greater returns! I contacted one of the members of the forum and he sent back several paragraphs about C.B. Royston, including more information about the location where he was captured.

I decided I needed more than a simple timeline to showcase what I was finding. I used Twile.com to create a visual and interactive timeline with the unique photos and information I was uncovering. I added the photo of C.B.’s grave at Arlington and the muster day photo.

The National Archives hosts a list of each state’s archives website here. Find the state your relative served in and then search for the name of their unit to see if any items in their online collections enhance your understanding of the service given by your relative.

I searched at the Alabama Department of Archives and History for “14th Alabama Infantry.” I was delighted to find a photo of the regiment’s officers which I added to my timeline.

Many of these archives contain manuscripts such as diaries, letters, and newspaper clippings. I found a newspaper from Chambers County, Alabama in 1863 showing a list of deserters. Knowing that C.B. Royston wasn’t the only deserter from his home county helped me gain a better understanding of this part of his story. The officer submitting the names to the newspaper was offering a $30 reward for the soldiers who had deserted and listed a description of each one.

To learn about the problem of desertion during the Civil War, I turned to the work of historians who after studying historical records and primary sources, help answer my “why” questions. George Mason University Professor Christopher Hamner stated, “for some Civil War volunteers, their service in the army was predicated on specific treatment from their officers and the government. When they believed that the government had not held up its end of the bargain (by failing to provide essential supplies, for example, or by furnishing incompetent leaders) they assumed that the contract had been voided—and their absence, by extension, did not constitute desertion.”

Many helpful secondary sources exist for Civil War research. One I consulted during this project is a book published in 1911: The Photographic History of the Civil War: Prisons and hospitals, digitized at Google Books. In it, I found descriptions detailing the treatment of prisoners of war and found a photo of the Old Capitol Prison where C.B. Royston was kept.

7. Check the Library of Congress

For my timeline, I wanted to add some photos of the battles that C.B. Royston was involved in. I searched the Library of Congress’ Civil War Photo collection and found many photos of battlefields. They also have a Civil War Maps collection that can be used to help identify historical locations referred to in the compiled service records.

If only we all had the letters our ancestors wrote to each other during the Civil War era! Alas, not all of them have survived. Some of the ones that have survived have been digitized and are free to read online. Here are a few places that have free collections of Civil War era letters and diaries:

After this research and gathering all these materials, I added the key events from C.B. Royston’s compiled service record to my Twile timeline. Then, I added the major battles he participated in.

I feel I have honored Charles Baldwin Royston by learning about his experience and understanding, more fully, his short life and his Confederate Civil War service. 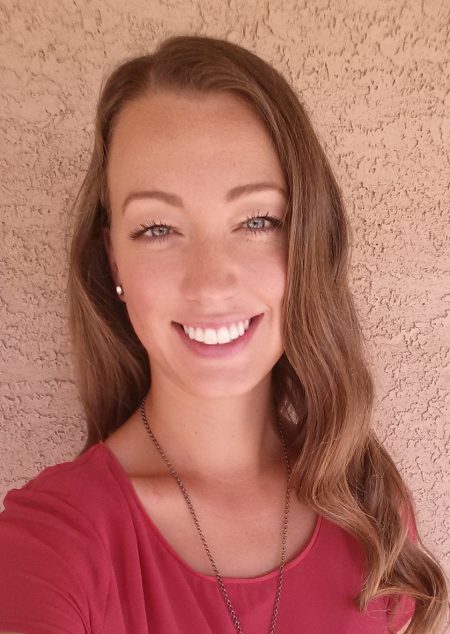 Nicole Dyer has been researching her family and delighting in their stories for the past 15 years. She began learning about genealogy at age 16 with her mother, when they inherited a suitcase of genealogy research from her grandfather. Nicole created FamilyLocket.com two years ago where she and her mom write articles about how to research and share family history. Nicole volunteers at the Tucson Family History Center teaching a family history storytime group for young children. She decided to start the group to increase awareness about the joy and importance of doing family history with kids. Nicole is a former history teacher. She and her husband Lance have three children, ages 6, 3, and 1, and live in Tucson, Arizona.

[1] Minutes of the Seventeenth Annual Meeting and Reunion of the United Confederate Veterans Held at Richmond, Virginia on Thursday, Friday, Saturday, Sunday, and Monday, May 30th and 31st, June 1st, 2d and 3d, 1907, Schumert and Warfield, 1907, Google Books (books.google.com : accessed 20 May 2017), page 39.