Findmypast is offering a Veterans Day promotion that includes free access to their over 80 million world military records today through the 12th of November. What new treasures will you find for your veteran ancestors? 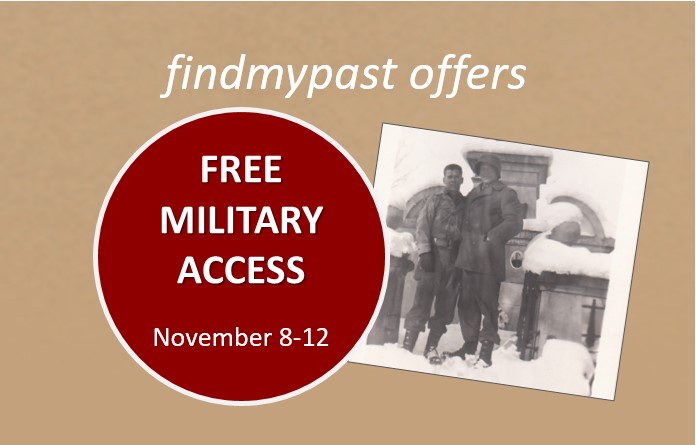 It’s Veterans Day weekend here in the States and Findmypast is helping us remember our ancestors with 5 free days to access all their UK, Irish, Australian, Canadian, and US military records!

·         Royal Navy, Royal Air Force and British Army service records including British Army records both for WW1 and pre WW1 – these multiple page documents were released in partnership with The National Archives and are packed with fascinating biographical details such as the names and addresses of next of kin, and character references from commanding officers

·         Over 1.1 million WW2 casualty records in our collection of British Army Casualty Lists

To get started researching these free military records for veterans, click here! 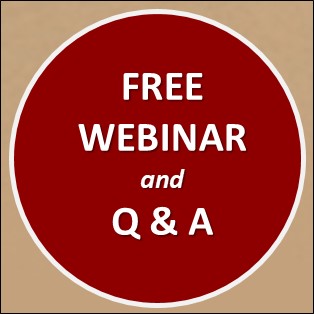 On Thursday, November 9th, Findmypast will be hosting a free Veterans Day Webinar featuring in-house military expert, Paul Nixon, newspaper expert Aoife O’Connor and special guest, National Archives record specialist Audrey Collins. Viewers will receive expert tips for using Findmypast’s collection of military records and historical newspapers to create detailed profiles of their military ancestor’s lives. Also, Audrey Collins will be taking a detailed look at how the 1939 Register can be an invaluable tool for tracing British relatives at the outbreak of World War 2. The webinar will also include a live Q&A session in which viewers will be invited to submit their questions to the hosts and Findmypast’s team of experts. To register for free, click here.