Try using the 1950 Census District Finder to find your ancestors in the 1950 census today! The 1950 US census was just released this month and everyone is anxious to get an index completed. In the meantime, Ancestry has created a tool that will help you easily find your ancestors household. Here’s how it works. 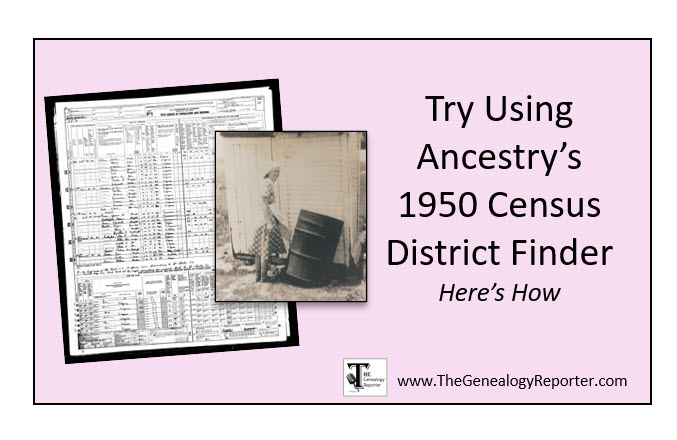 1950 Census District Finder: Why do I need this?

Why do you need to know the census district number of where your ancestor lived to find them in the 1950 census? Well, you don’t if you don’t mind scrolling through the entire county they lived in or an entire city the size of Detroit! Ancestry’s district finder tool will help you find the enumeration district which will in turn help you narrow down the search for your ancestors.

To use the 1950 Census District Finder at Ancestry, you do need a subscription. Remember, many public libraries and Family History Centers have a subscription to Ancestry for their patrons to use for free.

At Ancestry’s homepage, you will see somewhere that says “1950 Census district finder.” Click or tap on the button labeled “Explore maps.”

At the next screen, you can type in a location in the search field at the top left corner of the screen. For example, if your ancestors were living in St. Paris, Champaign County, Ohio, you would type that in. 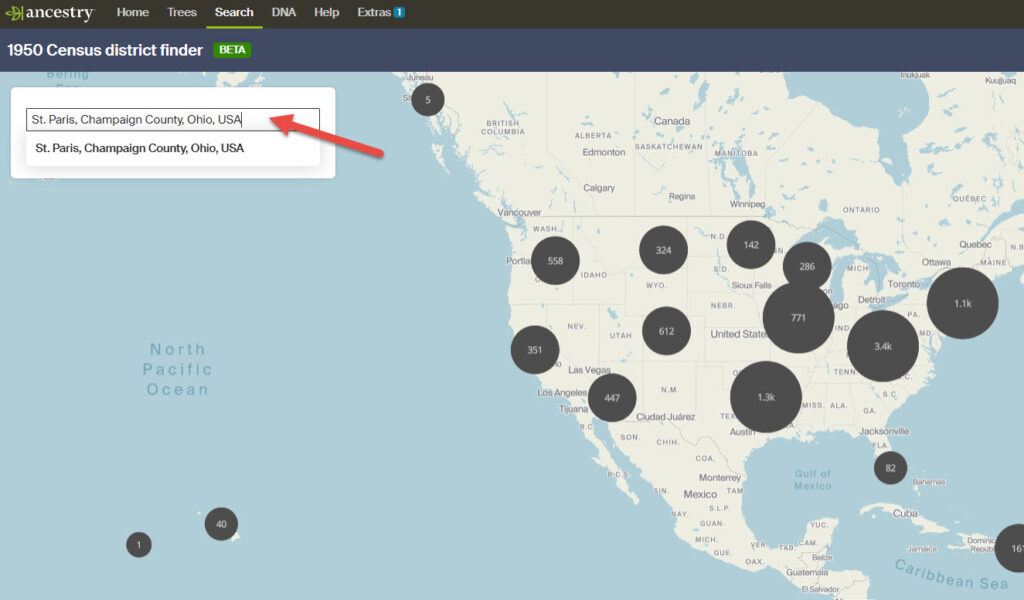 Then click or tap “Search.” You will notice the map zooms into the location you entered and also shows you what enumeration districts cover that area. 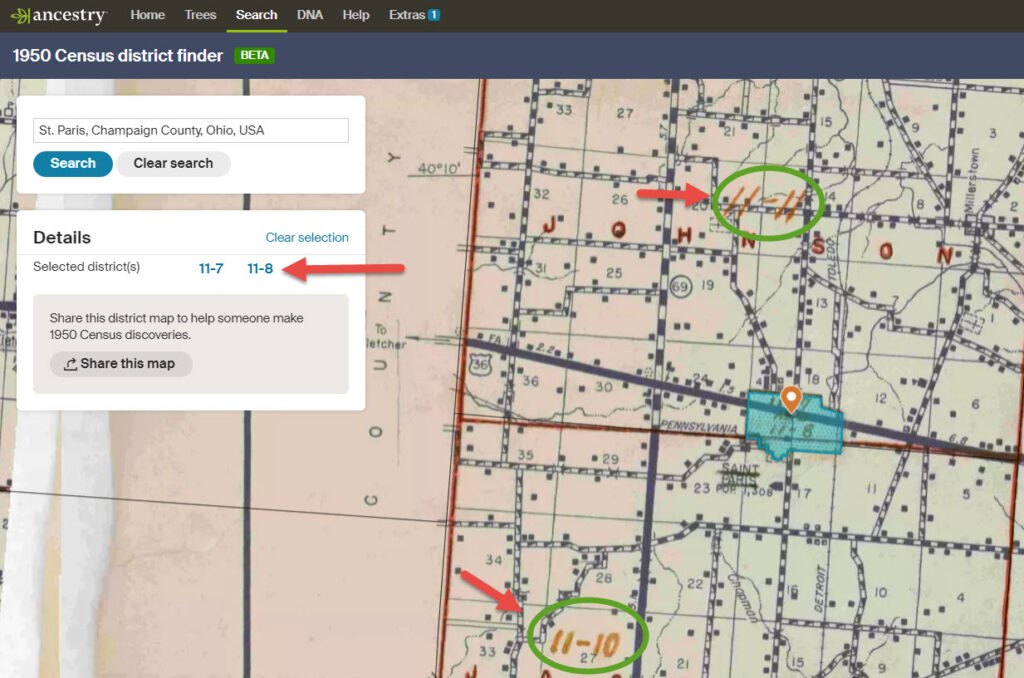 You will note in this example, St. Paris has 2 enumeration districts: 11-7 and 11-8. You might also notice that St. Paris is a tiny town in a rural area of Ohio. If your ancestor had a farm outside of St. Paris city limits, they might be in enumeration district 11-11 or 11-10. You can determine where your ancestor’s farm was situated by recognizing the roads and township section numbers. 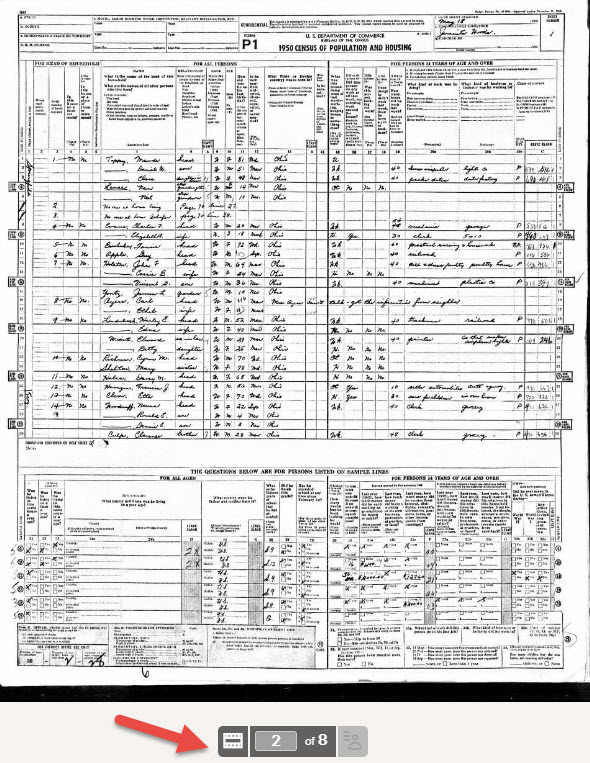 I was able to find my dad and his family in the 1950 census, but not my mom and her family. This wasn’t too surprising as I was always told that Grandma Cole, my mother’s mother, would hide from the census takers! In some cases, you might notice a line in which the enumerator wrote something like “no one home – see page 71, line 20.” The enumerator was allowed to go back to the home if no one was there the first time he/she came around.

Page 71 is unique. Page 71 is the first page of the return visits of the enumerator. It didn’t matter what the next page in the series of census pages was next, if the census taker was enumerating return visits, he/she labeled that page number 71. In other words, if some residents of St. Paris (the census image above) were not home, they would be recorded on the last page(s) of the census. So if you notice the census pages are going along steadily at page 15, page 16, page 17, and then all of a sudden jump to page 71, there is no reason for alarm. Pages are not missing. The first-time enumeration ends on page 17 and the beginning of the return enumerations begins on the next page which is labeled 71.