The U.S. federal censuses are a great foundation to build your family tree. Unfortunately, we often look only at the surface of any given census and miss some important details. In this post, we’re going to shine a light on an 1870 census question for immigrants that leads us to new record finds. 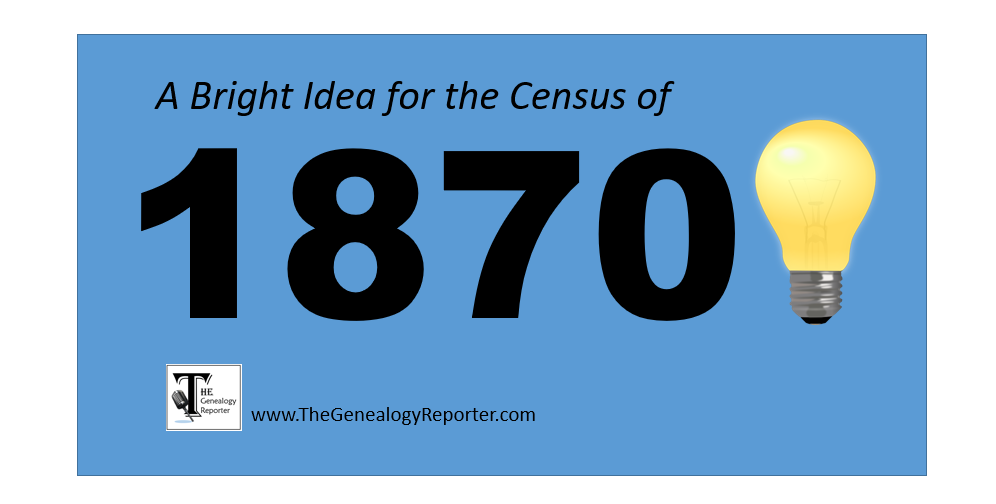 In this particular census, there was one standard question and three unique questions that if looked at collectively, can give us clues to new records.

In this example below, we see the family of Dennis Connell of St. Mary’s County, Maryland.

If you notice, Dennis was born in Ireland. There is a tick mark in the columns (11 and 12) indicating that both his mother and father were also born outside of the United States. Column 19 says that Dennis is a U.S. citizen. That means one of two things: either Dennis came to America as a child and his father obtained citizenship which then extended to Dennis as derivative citizenship, or when Dennis was 21 years of age or older, he applied for citizenship himself. [1]

Let’s dig in deeper. Dennis is 35 years old in the 1870 census. That means he was born about 1835. His assumed first born child, Mary, was born in the District of Columbia in about 1863. So, sometime between 1835 and 1863, Dennis traveled to America. This is helpful if we were hoping to find a passenger list. We could narrow our search between that year span.

Further, if Dennis’ father did not apply for citizenship, then Dennis could not apply for naturalization himself until he was 21 years old. That would have been about the year 1856.

Naturalization records during this time frame would be held on a county level. Naturalization could have taken place in any court such as: Probate Court, Clerk of Courts, Chancery, or Common Pleas Court. For this reason, you need to talk to a knowledgeable person in your targeted area and ask where the naturalization records would be. I find a historical or genealogical society, an archives, or even the public librarian over history, are the most knowledgeable.

Using this new found information, perhaps you will be able to determine the likelihood of your own immigrant ancestor being naturalized. If you find out they probably were, start your search for those records.

Was a minor when he came to the United States

He has been a resident for more than 10 years

Want to learn more about the U.S. censuses and the secrets they may be hiding? Read “Four Reasons Why the 1910 Census Should Be a Favorite.”